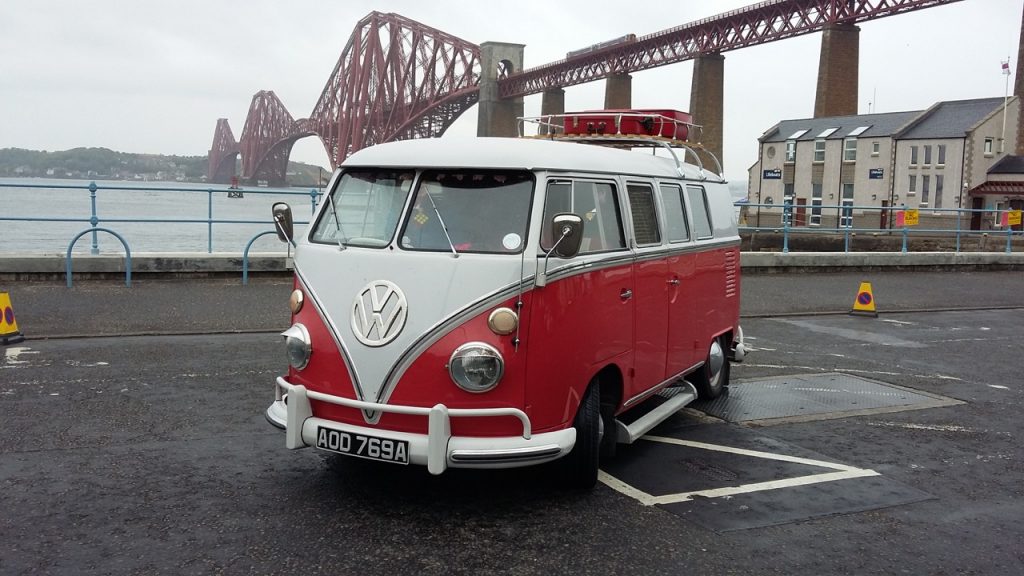 1963 VW Split Screen – ‘Toured across Europe in a reliable bus’

“I promised to give you an update as to how things have been so here goes.

We took it easy the first year and went camping in the north of England as we were new to it and went to places like Harrogate, Robins Hood Bay and York all within an hour and a half of Middlesbrough where we live so that we could get used to her.

Last summer we bit the bullet and took “Jolene “ to the Scottish Highlands where we drove up the west coast of Scotland visiting Arisaig and Fort William and then down the east coast stopping at Loch Ness. She was brilliant and went up those highland mountains so easily. We were very proud of her.

When I retired last July we decided to take your word for it from the advert you put out when you said you would easily drive to the South of France in her. So we did exactly that last July and drove to the South of France and stayed at the Ardeche at a place near the Pont d’arc – see below photo. We then drove back up to Paris and watched the final stage of the Tour de France and the next day drove the van three times around the Arc de Triomphe. It was a bit scary in five lanes of traffic but she got round with no bumps.

On the way home we came back via ferry to Cornwall stopping at Padstow and St Ives were we fell in love with the place.

The van was brilliant all the way through the holiday and we clocked up over 2500 miles. We had a slight hick up on the last leg home when the fuel pump played up but she got us home no bother. I have had no previous experience with mechanics but have bought all the manuals and am servicing her myself and even replaced the fuel pump myself when we got her home. We are so delighted with the van. We can’t thank you enough for selling her to us when we know you could have sold her on to anyone. You can rest assured that she is in good hands and we will continue to give her the best of attention.

The below photos are of her at the Forth Road Railway Bridge in Scotland, the Ardeche in France and the last one is on the Arc de Triomphe – you can see that I left the kitchen roll on the front bumper – i had been cleaning the flies off the front of the van and had forgot to remove the kitchen roll. It stayed on all during the three circles of the Arc. We laughed so much when we saw the photographs later.

All the best Sam, and thanks again.”