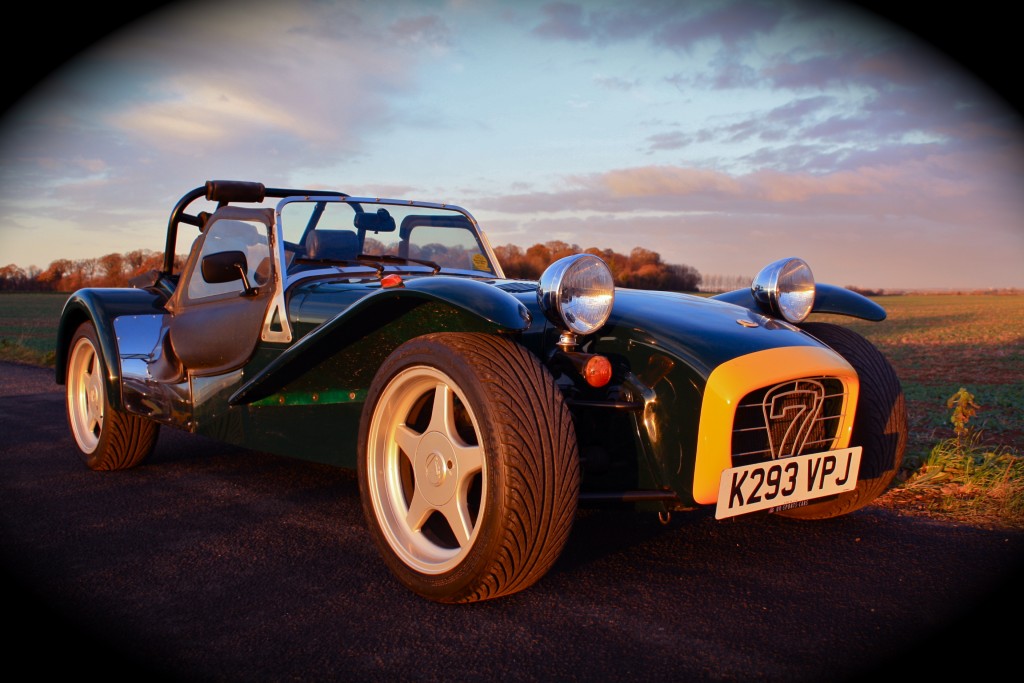 The Caterham Seven (or Caterham 7) is a sports bike-sized sports car produced by Caterham Cars in the United Kingdom. It is based on the Lotus Seven, a lightweight sports car sold in kit and pre-built form by Lotus Cars from the late 1950s to the early 1970s. After Lotus ended production of the Lotus Seven in 1972, Caterham bought the rights to the design and today make both kits and fully assembled cars. 2007 marked the 50th year of production of the Lotus/Caterham 7.

Various other manufacturers offer a sports car in a similar basic configuration, but Caterham owns various legal rights to the Lotus Seven design and name. The company has taken legal action in the past in order to protect those rights. In South Africa, it lost its case against Birkin (a competitor) on the basis that it never obtained the rights from Lotus that it claimed it had. The modern Seven is based on the Series 3 Lotus Seven, though Caterham have developed it to the point that no part is the same as on the original Lotus.

If you are considering buying or selling a Caterham please give us a call to discuss further.