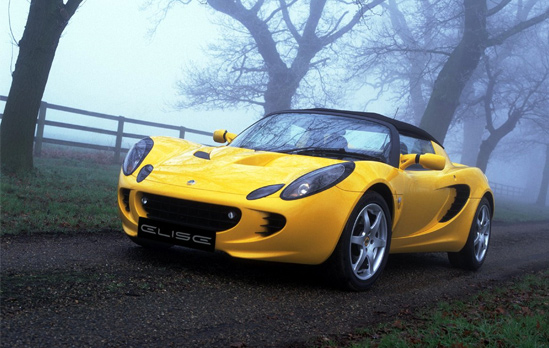 The Lotus Elise is a two seat, rear-wheel drive, mid-engined roadster conceived in early 1994 and released in September 1996 by Lotus. The car has a hand-finished fibreglass body shell atop its bonded extruded aluminium chassis that provides a rigid platform for the suspension, while keeping weight and production costs to a minimum. The roadster is capable of speeds up to 240 km/h (150 mph). The Elise was named after Elisa, the granddaughter of Romano Artioli who was chairman of Lotus at the time of the car’s launch.

We have been dealing with the Elise since Lotus launched the first edition in 1996. We regularly buy and sell early S1s to the later S2 model including the latest edition, the Elise S. Please contact us to discuss the sale of your Elise. If you are looking to purchase one then please check our ‘Showroom’ page to see what we have in stock.