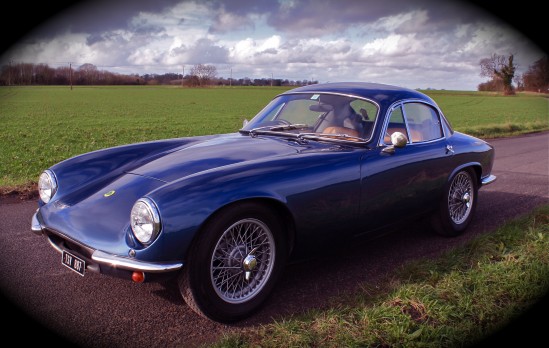 The first Elite or Lotus Type 14 was an ultra-light two-seater coupe, produced from 1958 to 1963.
Making its debut at the 1957 London Motor Car Show, Earl’s Court, the Type 14 spent a year in development, aided by “carefully selected racing customers” before going on sale.

The Elite’s most distinctive feature was its highly innovative fiberglass monocoque construction, in which a stressed-skin unibody replaced the previously separate chassis and body components. Unlike the contemporary Chevrolet Corvette , which used fiberglass for only exterior bodywork, the Elite also used this glass-reinforced plastic material for the entire load-bearing structure of the car, though the front of the monocoque incorporated a steel subframe supporting the engine and front suspension, and there was a hoop at the windscreen for mounting door hinges and jacking the car up. The first 250 body units were made by Maximar Mouldings at Pulborough, Sussex. The body construction caused numerous early problems, until manufacture was handed over to the Bristol Aeroplane Company.

The resultant body was both lighter, stiffer, and provided better driver protection in the event of a crash. Sadly, the full understanding of the engineering qualities of fiberglass reinforced plastic was still several years off and the suspension attachment points were regularly observed to pull out of the fiberglass structure. The weight savings allowed the Elite to achieve sports car performance from a 75 hp (55 kW) 1216 cc Coventry Climax FWE all-aluminium Straight-4 engine. Most Lotus Elites were powered by the FWE engine. This engine, derived from a water pump engine usually found bolted to a fire truck, was used by Lucas Electric for electrical component life testing in the presence of intense vibration.