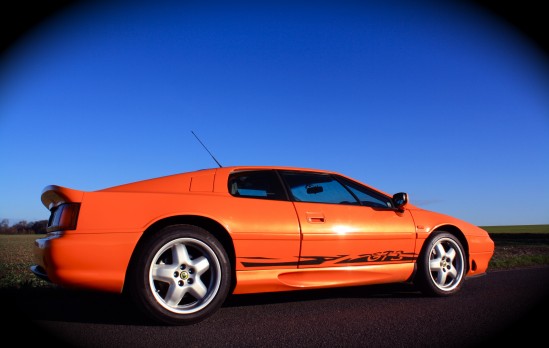 The Esprit was built by Lotus in the UK between 1976 and 2004. The silver Ital design concept that eventually became the Esprit was unveiled at the Turin Motor Show in 1972 and was a development of a stretched Lotus Europa chassis. It was among the first of designer Giorgetto Giugiaro’s polygonal “folded paper” designs. Originally, the name Kiwi was proposed, but in keeping with the ‘E’ naming format of Lotus tradition, the name became Esprit.

We usually stock plenty of Esprits so keep an eye out on our ‘Showroom’ Page for new arrivals. If you are thinking of selling your Esprit call us today for an informal chat to discuss ideas and options.