Karl Abarth, later known as Carlo Abarth, was born in Austria. He created a small manufacturing empire in Italy during the 1950s building performance exhaust systems and other parts for Fiats and other European makes. Carlo adopted his Scorpio birth sign as the logo for his company. He soon evolved into a car manufacturer in his own right. Fiat most often supplied the body shells or partly completed cars, which Abarth modified. This Fiat/Abarth arrangement benefited both concerns as a result of the many class victories his cars captured in competition.

The OT 1000 was the successor to the Fiat 850 Coupé. The 850 Coupé was a fantastic success for the Fiat factory and it did not take long for Abarth to come up with something a bit hotter that was aimed at those who thought the standard 47 bhp model wasn’t really ‘pokey’ enough. In 1966 the OT 1000 Coupé was launched, with the same engine that powered the Fiat 600 derived Abarth versions. Specifications included a naturally aspirated, straight four, overhead valve engine that produced 65 bhp at 6,200 rpm. Performance on the road was electric, with a top speed of 100mph. An incredible achievement in 1966, given that the small power unit’s capacity came in at a tiny 982 cc. Later models included the 1300, 1600 and the ferocious OT 2000, but none were offered for street use. As is typically the case with Abarth factory records, no reliable production figures are known. However, the OT 1000 is extremely rare and was produced until 1969.

This Fiat Abarth OT 1000 Coupe has resided in Italy all of its life and has been well preserved by the sunny and dry climate. The body has evidently been restored within recent years and is in excellent condition with consistent shut lines and excellent chrome. The white paint shows no sign of imperfection and is elegantly complemented by the stunning red interior which is in exceptional condition showing little to no signs of use.

Please note that the private plate is not included in the sale. The car will be allocated an age related plate by the DVLA. Comes freshly serviced and fully MOT’d. 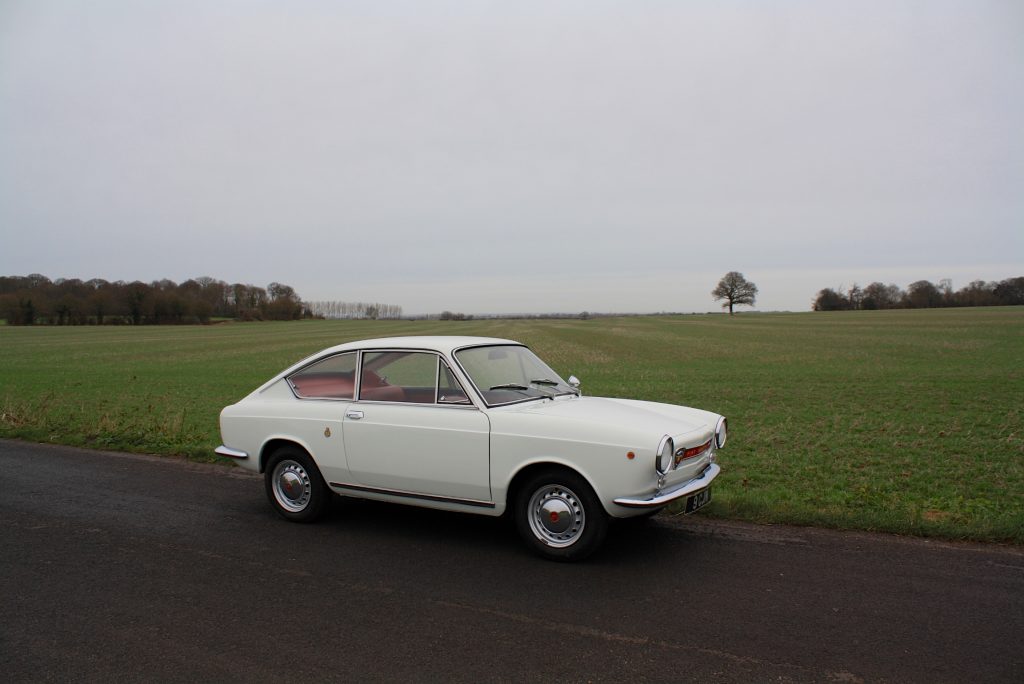 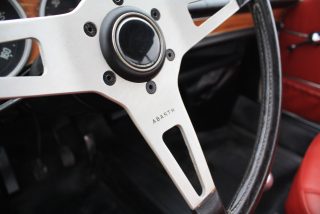 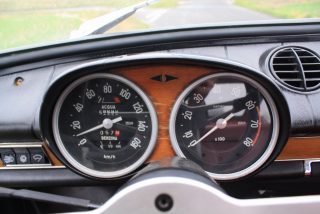 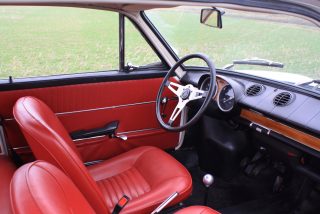 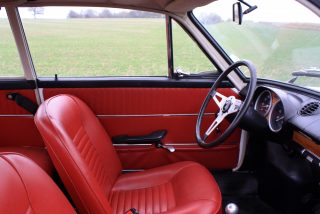 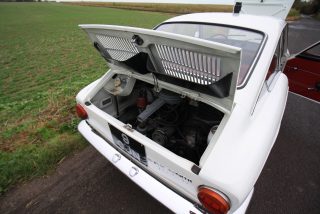 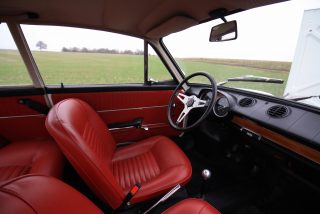 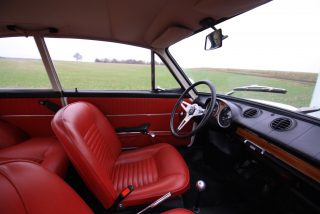 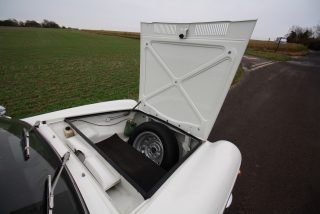 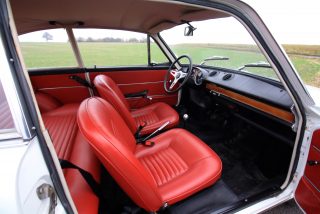 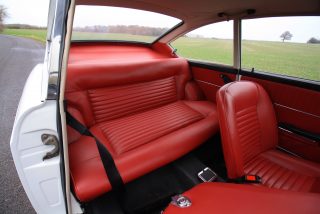 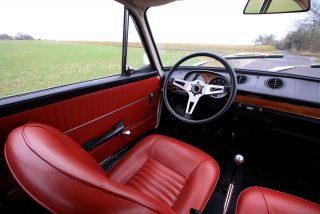 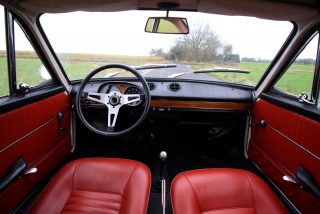 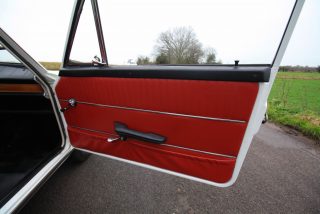 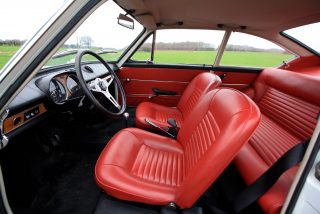 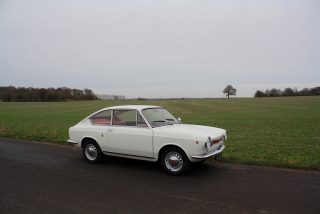 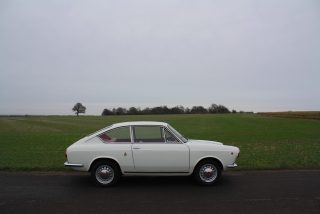 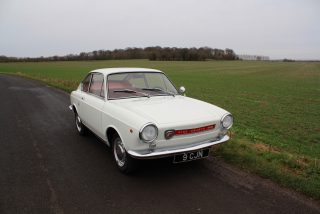 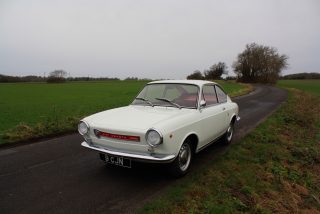 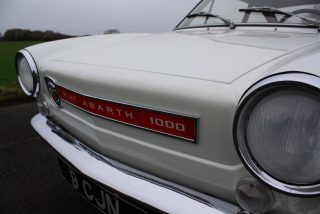 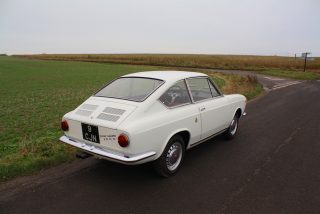 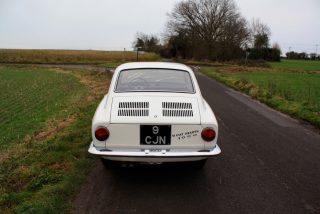 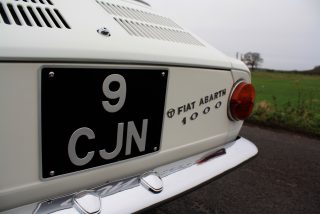 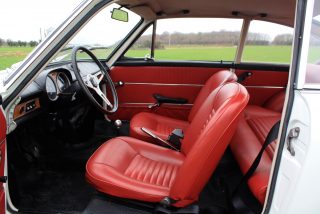 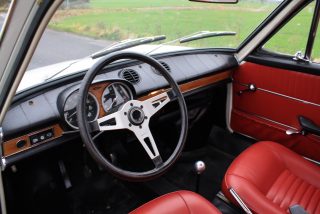