Lotus Esprit Turbo 1987(1988 model).   No. 007 of the 243 of the 1988 model year that were produced.  Owned by Lotus Cars Ltd. for over two years and used to develop the ABS braking system in later years (this retains the standard braking system).   Pictures were taken by Lotus at the time as the ABS braking system was being tested on snow in the winter and can be seen in the B&W photographs with the helicopter flying above.  Stunning original Calypso Red with full Raven leather with contrasting grey stripes and slate nylon carpets.  Original registration E432 PPW which harks back to James Bond’s white S1 Esprit PPW 306R.  Just 48,000 miles from new and one private engineer owner between Lotus Cars Ltd ownership and us acquiring the Esprit earlier on this year.  Full specification of air-conditioning, full leather trim, glass sunroof and stereo fitting kit.  This is the earliest Peter Stevens shape Esprit we have ever owned (registered 4th Dec. 1987).  We had a very early 1988 Esprit when it was just a couple of months of age back then (also Calypso Red).  We have fully serviced the vehicle with new cam-belt, alternator belt, water-pump and belt, air-conditioning belt, fluid changes etc.  We also fitted a new complete 3 piece clutch assembly.  All four brake callipers have been overhauled, new handbrake cables, new fuel lines, fuel and air-filters, rebuilt carburettors, new plugs.  New gear-change cables.  New clutch master cylinder and upgraded braided steel clutch hose.  New battery.   Letter from the Lotus Archives and Certificate of Provenance.  This is a piece of Lotus history as well as a fantastic low-mileage car to drive.  The lovely interior has been well persevered, including the “NO SMOKING”  (never seen before) stickers above the ashtrays for the Lotus personnel to adhere to!   One of the most original early Peter Stevens’ “new shape” Esprits we have seen for decades.  Great fun! 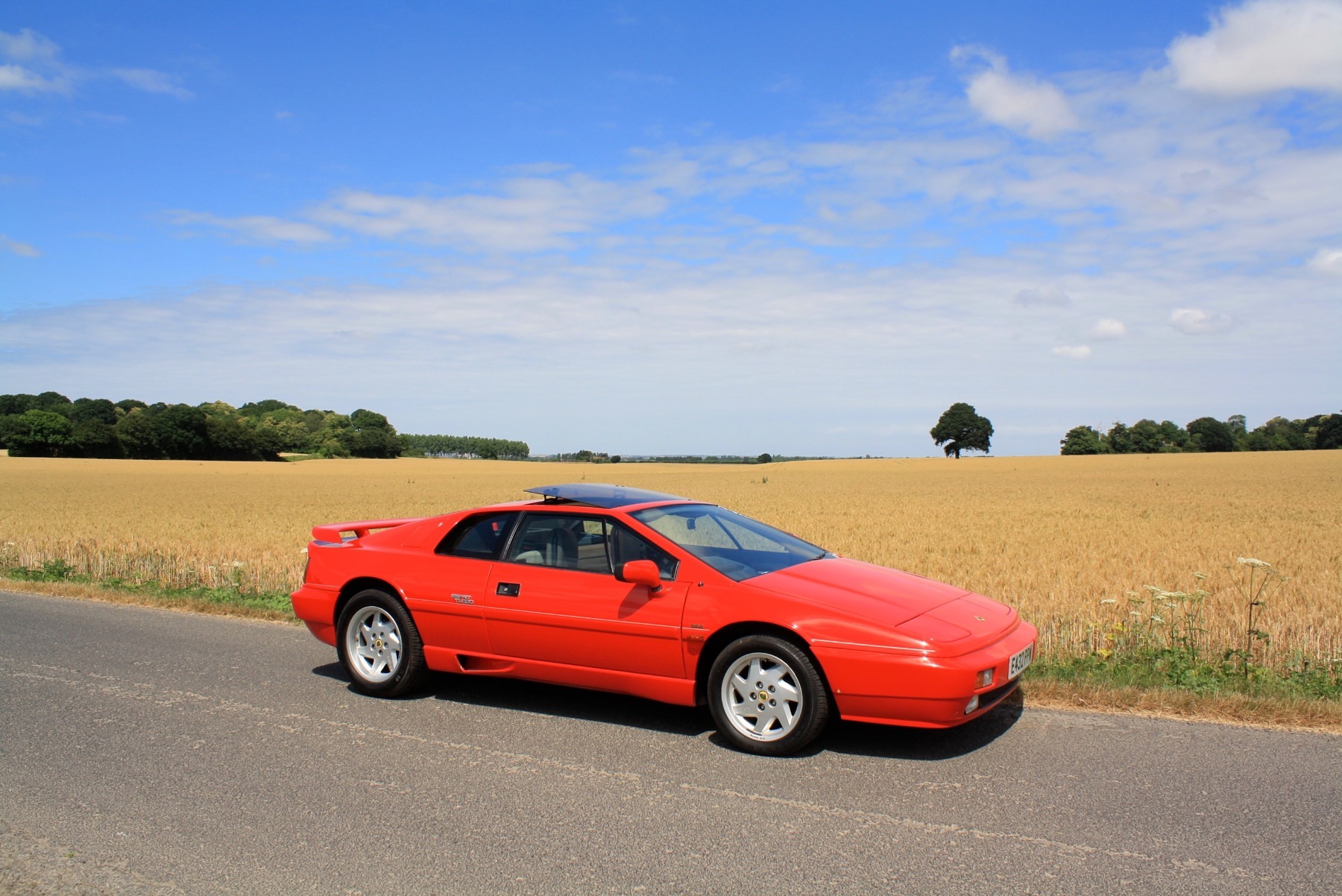 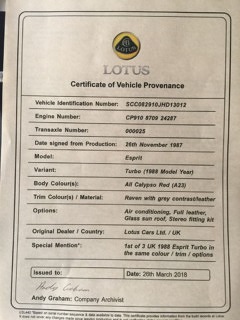 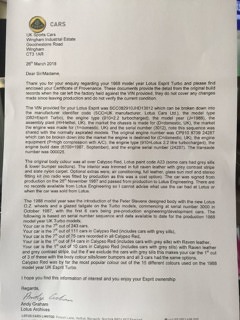 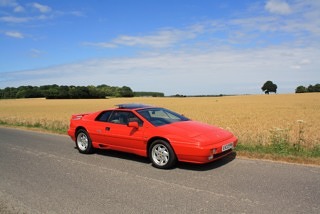 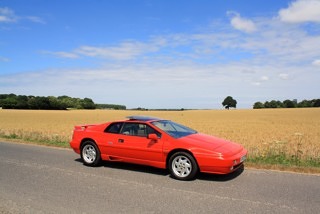 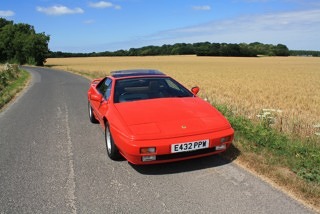 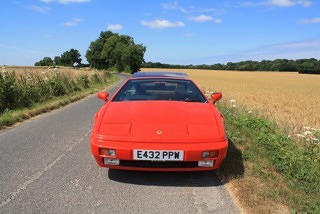 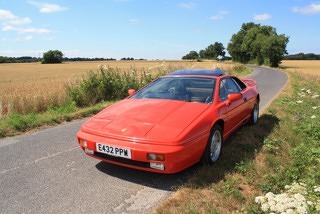 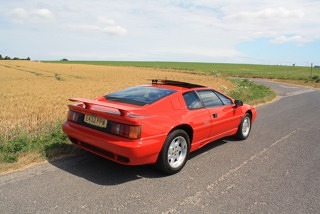 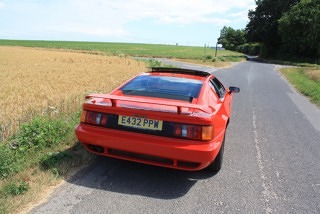 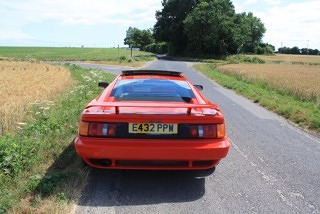 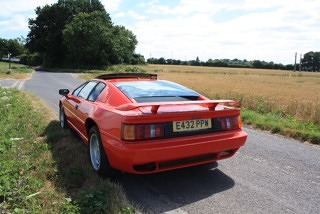 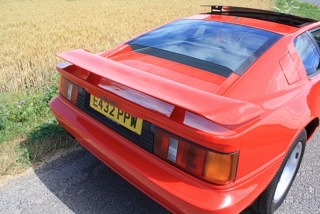 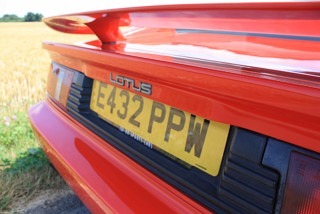 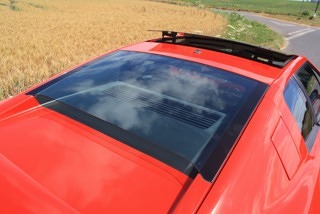 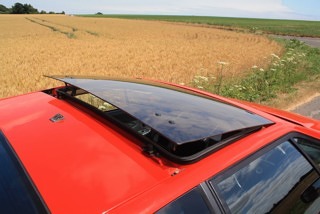 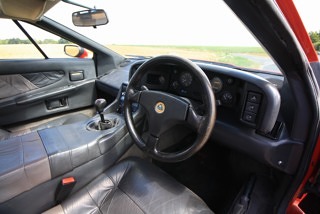 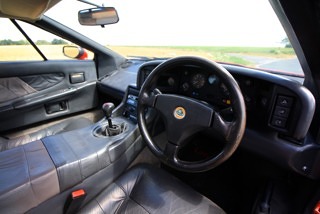 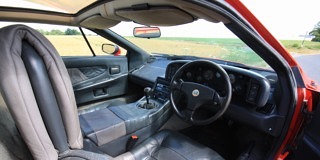 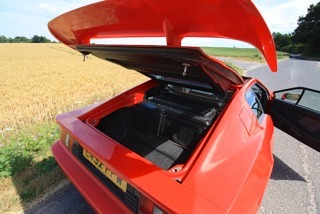 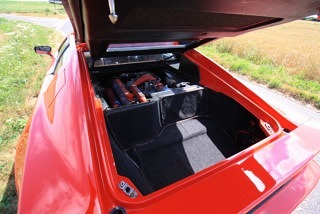 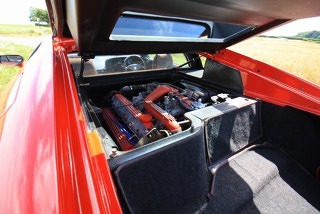 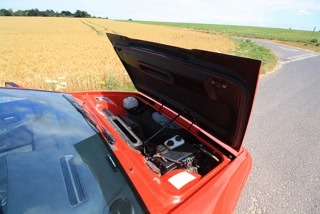 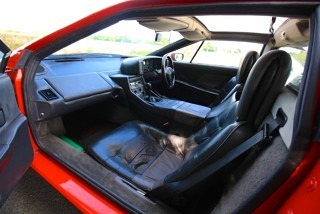 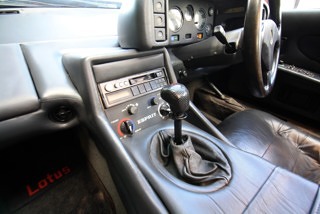 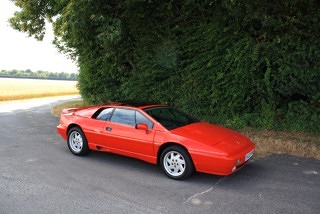 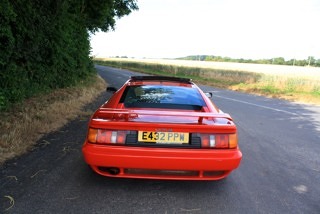 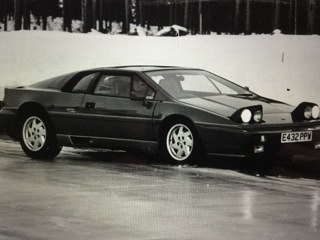 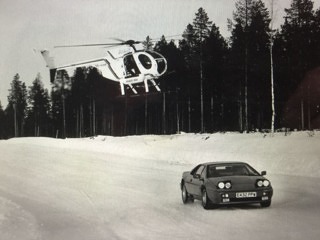